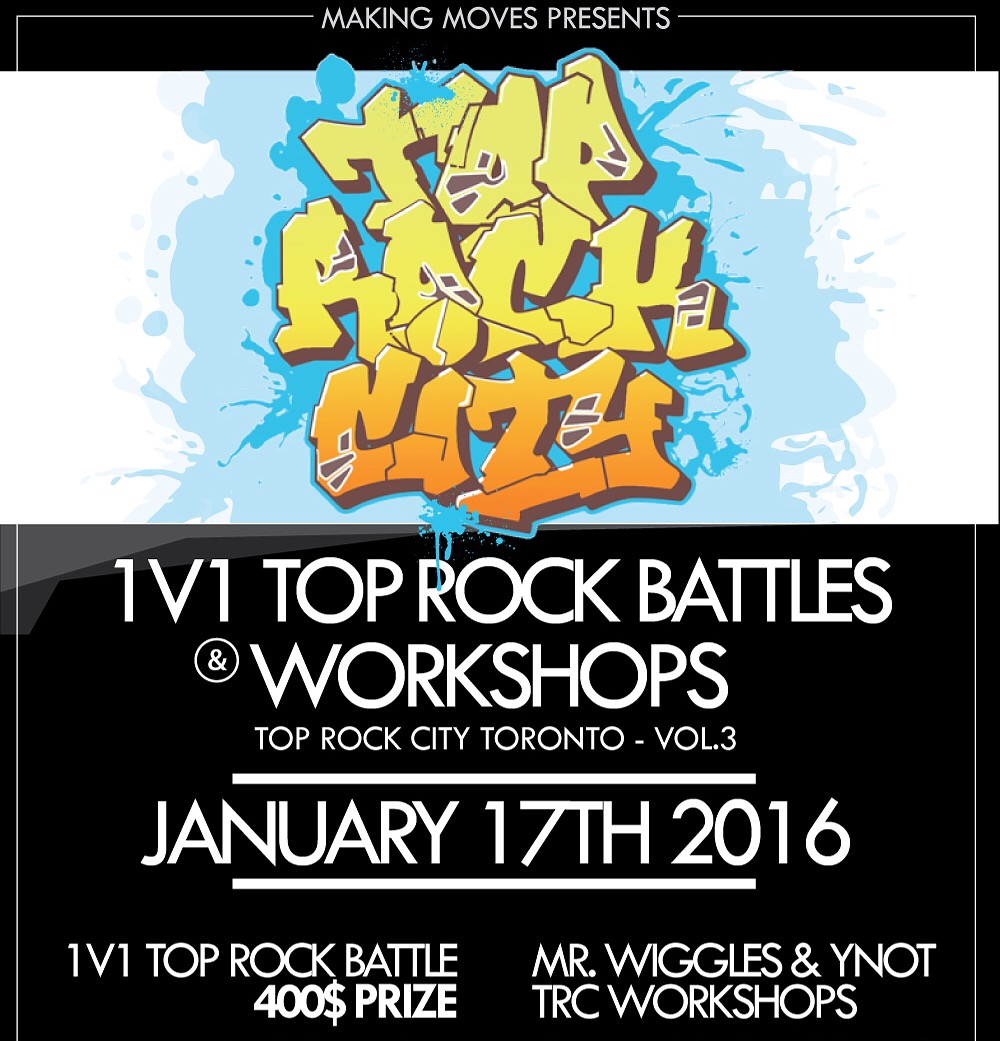 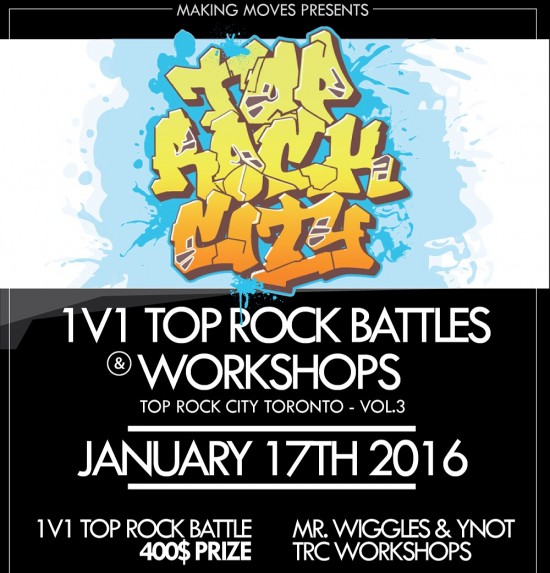 January 17th TOPROCK CITY TORONTO is hosting workshops & battles in TOPROCK and bboy dance style. Toprock is the dance done in bboy movement that is ‘standing’ or ‘rocking on top’ – rather than on the floor. Its essence is one of the foundations of the very roots and feeling of the bboy/bgirl dance itself. Mr. Wiggles & Ynot want to share the feeling and knowledge of this movement again with Toronto for our third edition of TRCTO. Take a look at some of the vibes of a previous editions here.

With workshops in PARTY MOVES, BATTLE TOPS & TOPS & DROPS, TRCTO is offering steps that fit in social dance, can be used in your bboy battles and  in your approach to creating levels in your dance, from TOP and DOWN.

After the workshops, TRCTO is hosting 1v1 TOPROCK battles at NOCTURNE nightclub. A $400 prize is on the line for the winner, judged by MR. Wiggles & Ynot. We have had some legendary TRCTO battles in the past, take a look below for one of our finals – KAZE vs KUE ROCK.

Join us as we ROCK ON TOP and celebrate the bboy dancers of TORONTO, knowledge from the BRONX & from international battles across the WORLD!