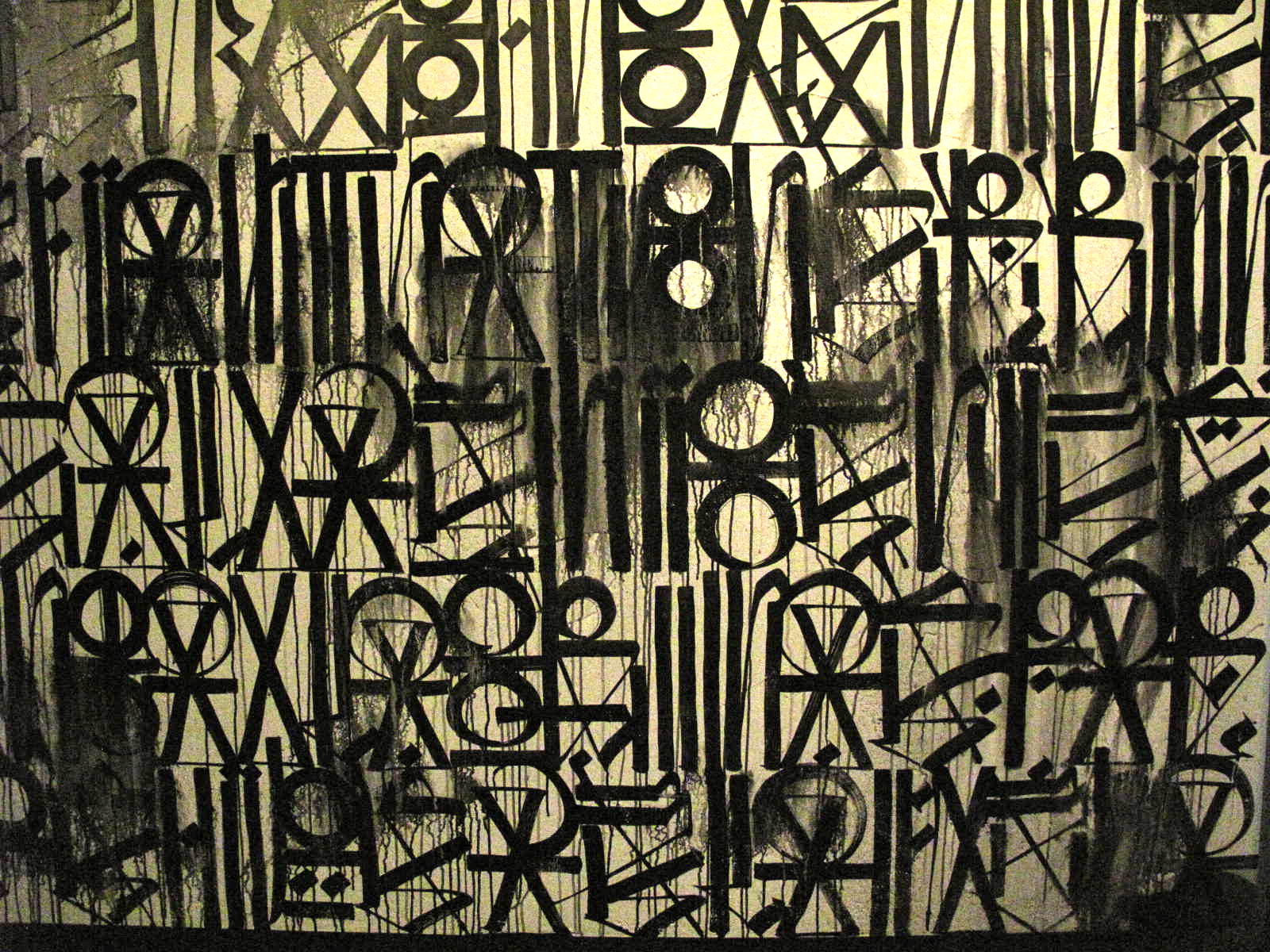 By no means is this a complete list or ranked in any order. I love all the old/original writers with my heart, I remember ripping pages out of any magazine I could find with a flick. That’s probably a good idea for another post though, they’re all stashed away with my now print-obsolete porno-mags.

4.am the WARRIORS joint will put you in a strange place.

There’s no absolute way you would know this about me /sarcasm*, but everything RETNA has done in this last decade has melted my face. His signature type-form alone begs anyone to try and beat him. MAD SCIENCE.

NO WAY YOU’RE GONNA CATCH ME POSTING ONLY ONE RETNA FLICK!!
*snake noises*

Yeah I’m on his jock. The soundtrack IS amaze though, I’ll lend you the full dvd.

Closest your going to get while sitting behind your computer reading my junk. Overall intensity of this video is through the roooooof! I remember first time I set foot in a tunnel, I left with a brick in my pants. I don’t really want to talk about it. Some really good knowledge in this video which made it stand out from the many others, my throat is killing from screaming ‘why aren’t they writing their names?!’.

Saw this documentary last year, a little too positive for me – but really well done none-the-less. That’s a real positive thing to say right?

Never found this dvd, so this is all I got. This isn’t about you, it’s about me right now.

I’ll end it with this one, it’s the same old graffiti story but the thumbnail is TAKI 183. Literally a CAVEMAN RAGER. I’ll probably go see the full for the same reason also.

Anyways, hope at least one of these were new to you.
Pack a snack & destroy something.
MAKE MOVES!