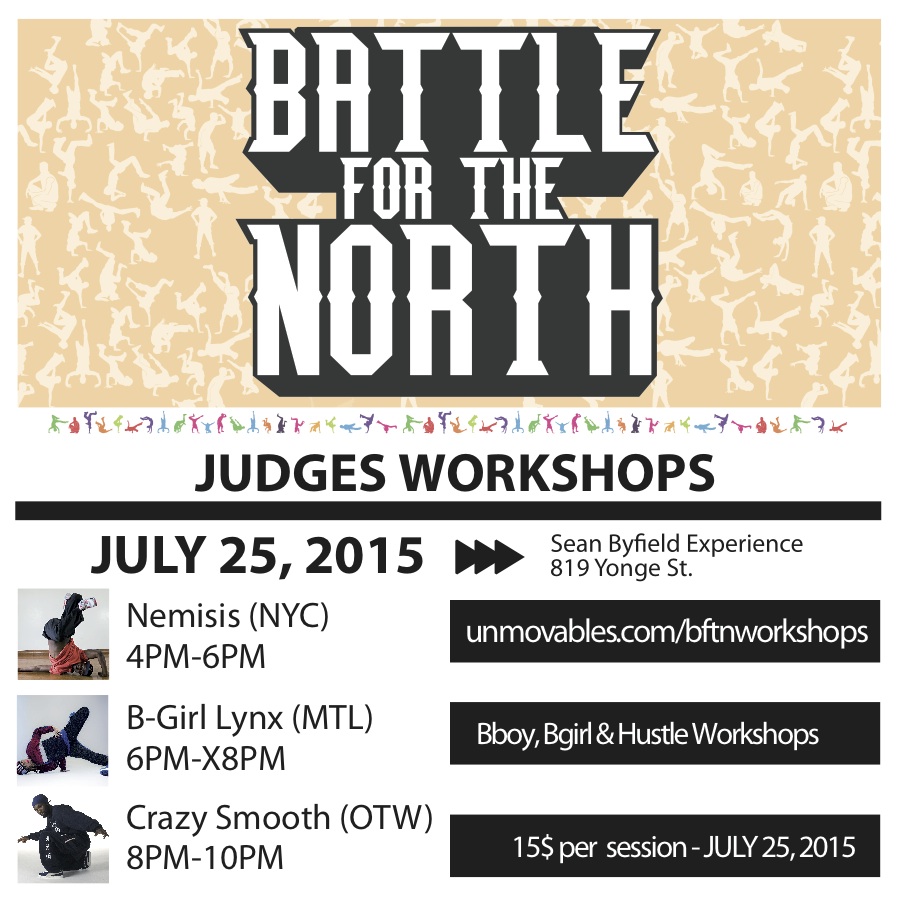 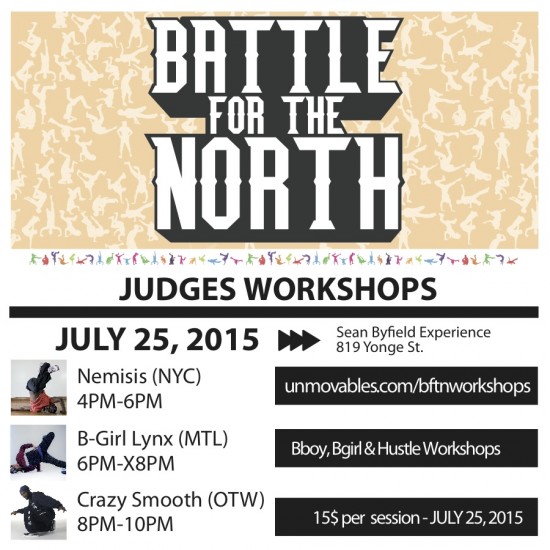 BATTLE FOR THE NORTH 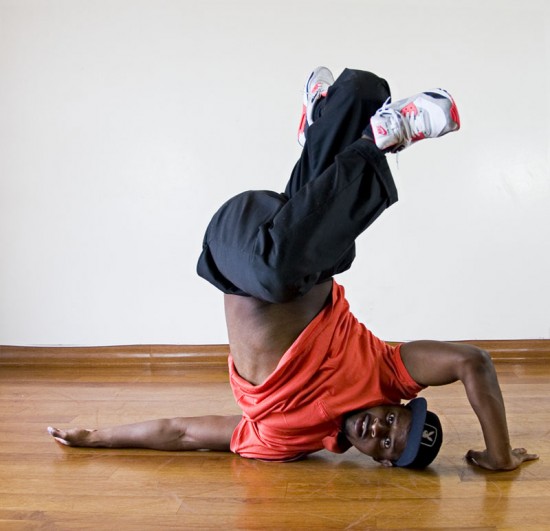 Nemesis began impacting the New York scene in 2000 and was extended a position in NYC’s most reputable group to surface in the new Bboying era, The Breaks Kru. Through working with Breaks Kru, nemesis was afforded the opportunity to travel around the USA to enter and win various events and competitions. Nemesis today still enters competitions, promotes events, is featured as a guest choreographer on other’s work, as well as judging competitions and teaching workshops world-wide.

Basic fundamentals and transitions. appropriate for all ages and all levels. 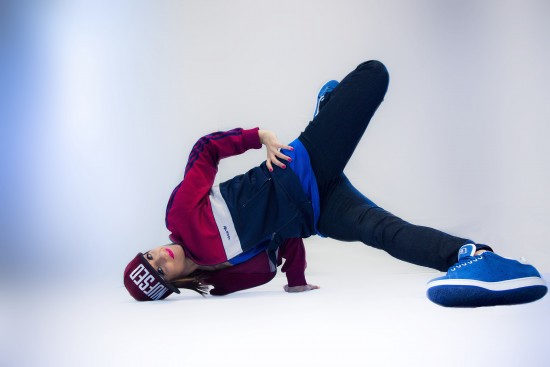 Lynx began b-girling in 1998 in Montreal as a founding member of Ellementale 5 b-girl crew and continues on to this day with her current b-girl crew Legendary, which she formed in 2009.

Lynx has won 14 major competitions across North America. In 2007 she was honoured with the Absolute Canadian B-girl Award and in 2009 she was given the B-Girl Representing Montreal Award. In 2013 she won the Cypher B-girl award at Floorlords anniversary in Boston.

Lynx is a renowned B-girl who has left her mark on the Canadian scene and in 2014 she continues on her journey of self-expression to uplift herself and others through creativity and dance.

The workshop will cover movement drills, short combos and integration of concepts through exploration and cyphering. 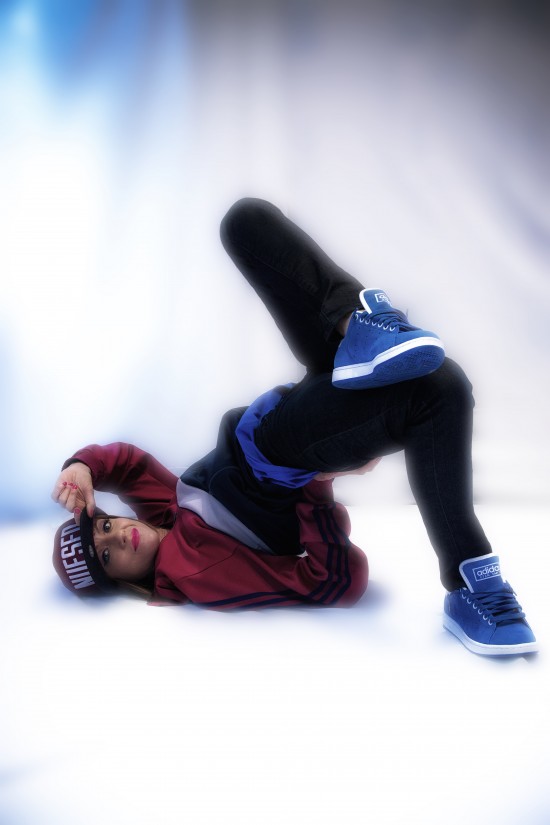 Dancing since 1997, Crazy Smooth is one of Canada’s top street dancers, performers, choreographers, instructors, judges, and community leaders. He is founder and creative director of Bboyizm, an award-winning street-dance company that has been instrumental in the preservation and growth of street dance in Canada and internationally.

A unique three-count partner dance danced to four-count music, Hustle originated in urban clubs in the 1970s. From its inception, Hustle fused elements of various dances including Latin and disco, and was heavily influenced by popular music of the time, creating a unique social dance. To this day, Hustle is continuously evolving and is one of the few social dances born and cultivated in the U.S.

Crazy Smooth is part of the resurgence of Hustle in North America and Europe. Come learn this dynamic partner dance from the b-boy who brings a unique street dance aesthetic to Hustle, and find out why it is captivating today’s youth and street dancers around the world. 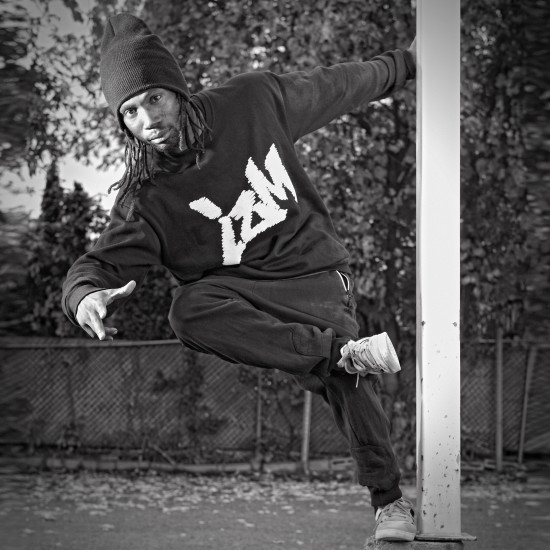 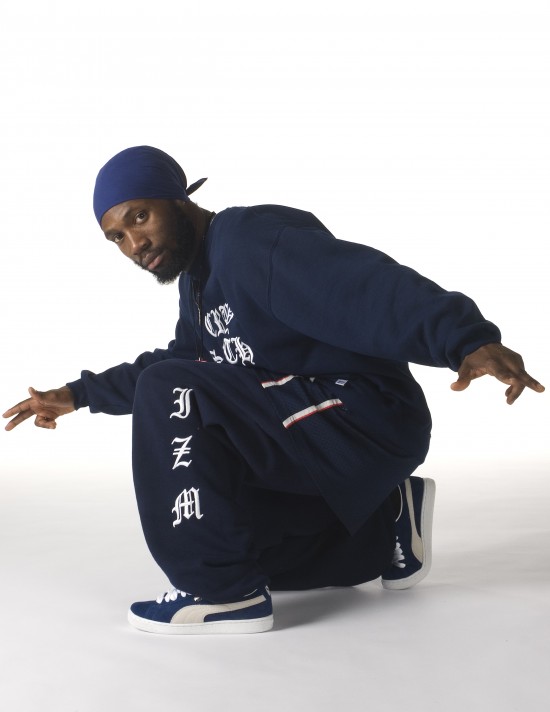